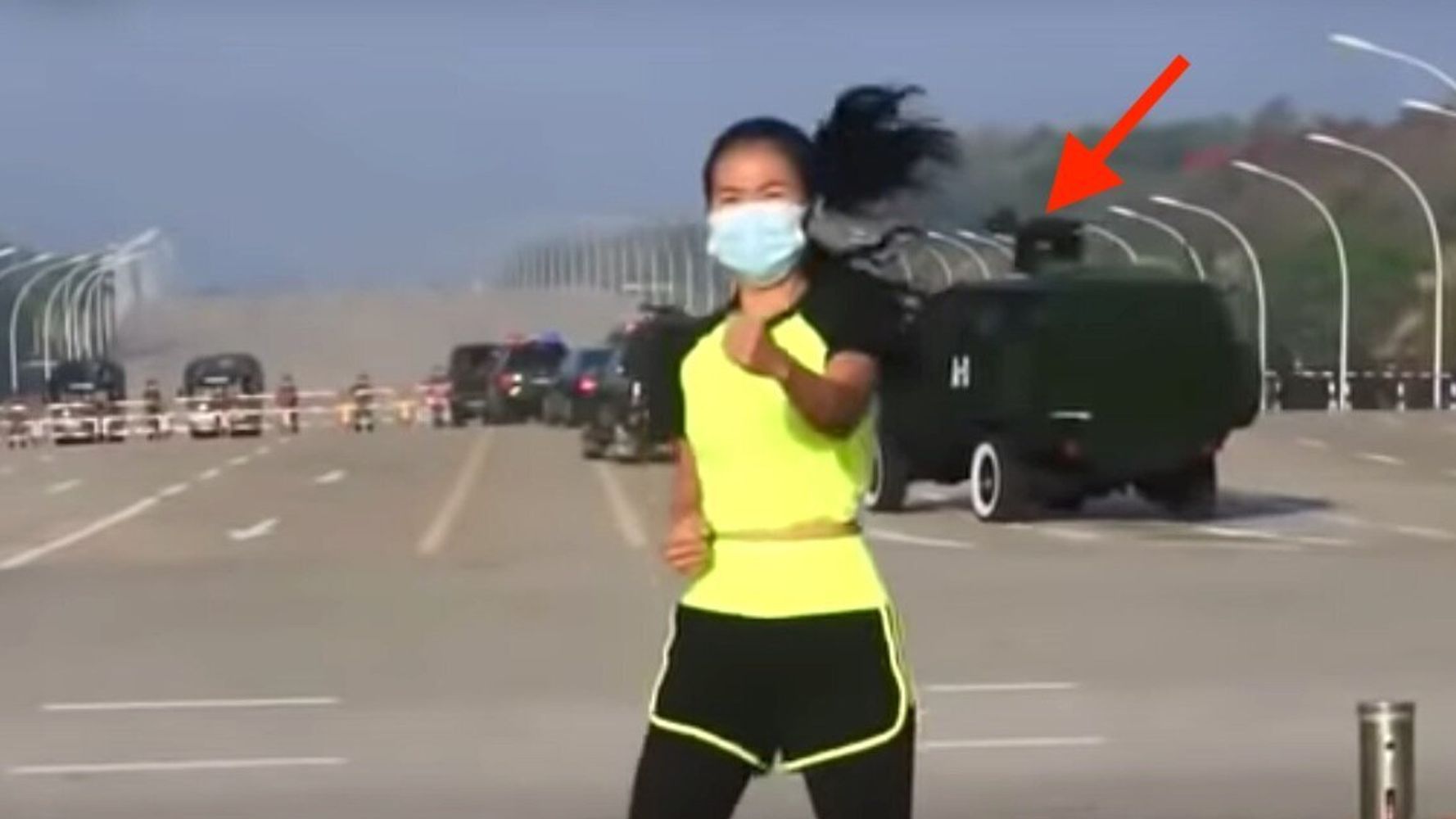 An exercise teacher in Myanmar became a social media sensation on Monday after footage online showed her calmly soldiering through an aerobics workout as a military coup unfolded on the street behind her.

Online sleuths identified the PE teacher as Khing Hnin Wai, who was exercising in Naypyidaw, the capital of the nation formerly known as Burma.

Behind her, military vehicles raced to a roadblock on the streets leading to the country’s parliamentary buildings.

She posted a series of videos on her Facebook page to show she’s often in the spot going through the moves, with little going on behind her most days.

That all changed on Monday:

“A woman conducted her aerobics class in Myanmar without realizing a coup was taking place. Behind her, a military convoy arrives at parliament.” https://t.co/vNt5rJY0fi

Civilian leaders including Aung San Suu Kyi were taken into custody as the military seized power on Monday using claims of election fraud.

President Joe Biden threatened new sanctions on the nation, calling the coup “a direct assault on the country’s transition to democracy and the rule of law.”

“For almost a decade, the people of Burma have been steadily working to establish elections, civilian governance, and the peaceful transfer of power,” he said. “That progress should be respected.”

Sadiq Khan accused of failing to deliver on ANOTHER key election...