Shajapur (AboutGyan Representative). Agricultural scientists are motivating the farmers for sowing of soybean as well as other crops in the district. Along with some other produce, farmers are also being advised by agricultural scientists for sowing of rainy onions. Actually, a large number of farmers produce onions in Rabi season, but very few farmers sow onions in Kharif season. In the last season, the farmers producing rainfed onions also got much better prices for their produce.

Onion production is bumper in Shajapur district. The onion of Shajapur has made its own place not only in the state but across the country. Onion crop can be taken twice a year. In the district, onion crop is sown in a large area in Rabi season, whereas in Kharif season, farmers do less sowing of onion apart from soybean. In such a situation, along with promoting crop rotation, agricultural scientists are motivating farmers to plant more profitable crops. Agricultural scientists are advising the farmers to sow pulse crops, maize, jowar, medicinal crops and rainy onions in addition to soybean.

Agricultural scientist Dr. GR Ambbatia says that the selection of suitable varieties for Kharif season is very important, farmers should plant crops only after selecting appropriate varieties. Be sure to treat the seeds with fungicide before sowing. Dr. Ambawatia says that for the control of insect-disease in Kharif onion, spraying of insecticides should be done as per the advice of agricultural scientists. Kharif crop is ready in 90 to 110 days depending on the harvested varieties. The production of onion in Kharif season varies from 300 to 350 quintals per hectare.

MP News: Patients were being treated by lying on the ground in the garden, the doctors ran away on the information of police coming

Dr. Sudhir Singh Dhakad tells that it is very important to plant green onions in wide raised beds. There is a possibility of damage to the plants due to flooding in the rainy season in the flat field, so with the help of tractor, plant the plants in beds of 4 feet wide and 20 to 40 meters long. When sowing with wide raised beds, the excess water of the rainy season goes out of the field, due to which there is good development of plants and tubers and the plants are able to absorb the nutrients available in the soil well. Due to this method, there is no outbreak of fungal diseases in the plants. In the black soil field, if the onion is cultivated in Kharif, before planting, with the help of moleboard plow, every two to three meters can be made to drain under the ground. Dr. Dhakad explains that the use of drip irrigation or mini sprinkler method for irrigation in Kharif onion is helpful in quality production. This saves 50 to 60 percent of irrigation water. For good production, water soluble fertilizer should be sprayed on the crop as per requirement. He said that the suitable environment for planting onion crop is in the last week of July or in August. 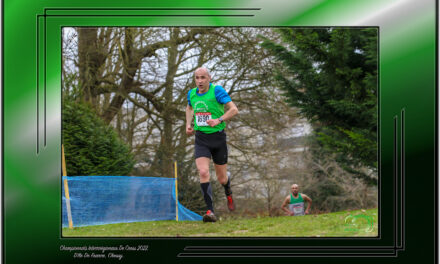 Investigation on hotels and dhabas regarding illegal liquor

The weather of the city changed, drizzle with cloud cover in the afternoon

Pollution indore: After 197 days the pollution level of the city came down to 60