The smell coming from spoiled vegetables and garbage, rain water filled in the premises

Seoni (Rep. of New Zealand). There is a lot of chaos in the wholesale vegetable market. The empty ground of the market and the deep and wide pits filled with rain water at places and the foul smell arising due to the spoiled vegetables lying in them for months is making it difficult for the vegetable sellers, buyers and farmers to reach here. At the same time, they are also facing problems due to the large number of stray cattle gathering in the mandi.

Despite the approval of about Rs 5 crore by the Mandi Board Bhopal for making all the arrangements in the Mandi, there is a lot of chaos here.

Traders demanded Purav: In the wholesale vegetable market, where vehicles filled with vegetables can easily reach the vegetable shops and can come out after filling the vegetables, neither a solid ground nor paved roads have been made for this. Due to their lack, vehicles loaded with vegetables have to be parked far away. Vegetable vendors and brokers, who set up vegetable shops on the unpaved road and pits in the premises, are busy in leveling the road and the ground by putting bricks and stones at their own expense. At present, a large part of the grounds adjoining it, where seating arrangements have been made for wholesale vegetable vendors, have vacant grounds (compounds). Due to lack of storage in it, a large quantity of water is filled here for months, due to which bad vegetables and garbage are piled up, foul smell is arising. Also, the dirty water is full of mosquitoes. Due to this there is a possibility of spreading disease, epidemic.

No arrangement of drinking water, heaps of garbage in the toilet: Where on average more than 500 farmers, wholesale traders, women and men, Hammal etc. reach the wholesale vegetable market every day, a large number of citizens from urban areas also reach to collect vegetables. For all this, there is boring for the water system, but most of the time the water does not come out of the boring. Due to not getting regular drinking water, now traders, Hamal etc. make arrangements for water by calling water cans at their own expense. Similarly, due to lack of regular cleaning in Sulabh toilets, toilets are proving to be unusable. The toilet is often locked. The access road made to go here is also unpaved. Carrot grass has grown in large quantities around. Farmers arriving with vegetables in the evening are forced to defecate in the open due to the closed toilets here.

Even after spending lakhs, mismanagement: Wholesale market president Daulatram Varandmal told that due to our efforts, the land of the Seed Corporation was found for the wholesale vegetable market. About 5 crore was approved from Mandi Board Bhopal. The market was to be developed with this amount. Out of this, Rs 2 crore 7 lakh has already come. The development works done here with this amount are sufficient. Sulabh toilet has been built for 15 lakh rupees which is useful. A small technical office room has been built at a cost of eight and a half lakh rupees, in which guards live, which is also useful. It should be used to stop the farmers coming from outside at night which is not being used. Similarly, 6 and a half lakh rupees have been spent in the name of water system, but the water system is also poor. 82 lakhs have been spent in road construction, but still no pucca roads have been constructed at all places in the Mandi complex. Small and small roads have also been made in the year 2013-14. On the other hand, Rs 26-27 lakh has been spent in the electricity system.

Even after spending crores of rupees in Mandi, when a call was made to Mandi Secretary Suresh Kumar Parte regarding the disturbances, he did not receive the call. Traders say that the Mandi administration is not paying any attention towards making arrangements in the market. At the same time, some shopkeepers have occupied the vacant grounds (premises) of the mandi, due to which more water is accumulating in the ground. Traders have demanded from the administration to take care of the disturbances prevailing in the market and make improvements. 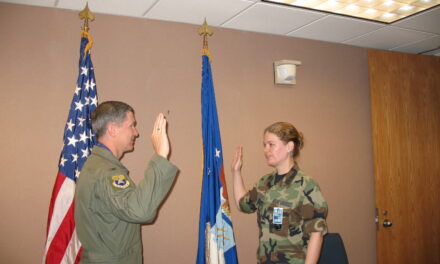