Ratlam (AboutGyan representative). The administrative reshuffle has also started, due to the lack of control in the growing cases of Corona. The government on Friday transferred the collector Gopal Chandra Dad as Additional Secretary, while Guna Collector Kumar Purushottam has been transferred to Ratlam Collector. He is expected to arrive in Ratlam by Saturday evening.

It may be noted that the rate of infection in Ratlam in March was around 14 percent, which is an average of 19 to 20 percent even after 29 days of the Corona curfew implemented from April 9. While the rate for April was more than 25. In the medical college, there is a lack of adequate treatment for the patients and the infection is spreading rapidly in the rural areas. CM Shivraj Singh Chauhan said in the video conference last week that the ranking of collectors will be determined only by the value of positivity rate. After taking office on August 24, 2020, the transfer of Collector Gopal Chandra Dad is being linked to it in just nine months.

5289 new patients were found in the district in the month of April itself. While 102 died. The CM expressed his displeasure at the VC when the district had a mortality rate of 1.76. After this, on May 5, District Kovid Secretary and Principal Secretary Anupam Rajan also came to Ratlam and took stock of the situation. Since then, there was a possibility that there would be administrative reshuffle.

On May 4, the mentor of Suresh Dagar, admitted to the medical college, had taken his mother Santosh Devi and brother Anil on a bike. Even after waiting for two hours outside the college, if not admitted, the kith and kin tried to get him admitted in the private hospital Ayush Village in Banjali, but also did not get treatment there. Advocate Dagar was killed on a bike near the Ram Mandir while on his way to another hospital. Videos of this incident also went viral and on being conveyed by Javara MLA Dr. Rajendra Pandey, CM said that no hospital can refuse to recruit or give treatment to a patient.

– On May 5, a young man from Alot area arrived in a critical condition with a medical college. Here at gate number two, the guard stopped the patient and relatives and cited the beds being full. The relatives kept lying on the ground demanding treatment, but no one listened. The young man died shortly after.

This is also the reason behind the transfer

– On April 15 of Finance Minister Jagdish Deora, who was appointed District Incharge regarding Corona, Javara MLA Dr. Rajendra Pandey suggested to open a 30-bed Covid Care Center in Javra. MLA Pandey had a heated argument with the Collector on this proposal. Later the center was also opened in Javra, but the MLA had conveyed his displeasure to the CM.

Marriage in the Corona period: Permitted 10, got more than 100 meals in marriage

– There was confusion about the decision regarding the participation of social organizations and voluntary organizations.

Bhopal Crime News: Registry office movement will be relaxed after one month from Monday 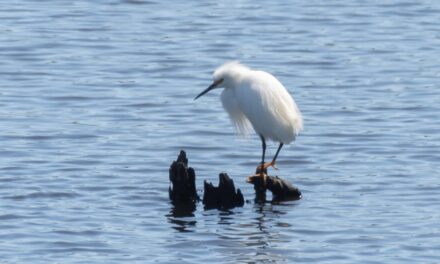