Bhanpura (AboutGyan News). In the intervening night of Saturday-Sunday, a 20-year-old newly married woman died under suspicious circumstances due to a fire in Maganji’s Bari Chhatri Marg colony. The husband says that she was insisting on a new mobile, she was still upset about not getting salary in the lockdown. Was asked to get it the next month, but he got angry and committed suicide by pouring petrol. The mother of the deceased has accused of burning her only daughter to death. This has made the matter suspicious. Now the police is investigating it.

According to the information, 20-year-old Deepika, originally a resident of Bolia, had a court marriage on 11 September 2019 with 24-year-old Nitesh Mali resident Bhanpura. There was also the consent of the relatives of both of them. Nitesh Mali told that I work in a clothes shop, I am not getting enough salary in the lockdown. The wife had requested for a new mobile. She had an old mobile on which she used to watch serials along with playing games. Being a joint family, there is no TV in my room, so I had promised him that I would get a new mobile next month. But she was insisting on a new mobile. After leaving the room at 11 pm, he latched on from outside me. Brought a can of petrol from below and set it on fire by sprinkling petrol in the gallery. Everyone gathered at the sound of his shouting. Called the police, ambulance but by then Deepika had died.

Deepika’s mother Premdevi, who came from Bolia on Sunday morning, alleged that my daughter could not commit suicide, she was my only daughter. I used to always give things of his choice. Mobile could also be given. Even at 9 o’clock on Saturday night, she had told her in-laws not to eat food since morning due to an argument. When I told Jamai Nitesh to explain to Deepika and make her food, then Nitesh did not even talk properly. The husband of the deceased, Nitesh, brother-in-law Ashok and other relatives told that we did not have any headway in any way. Had to get the mobile but committed suicide before getting the new one. Allegations of harassment in any way are baseless.

Jabalpur News: An attempt by Raduvivi to get the youth out of despair

Crime News: DRI caught the most consignment of cannabis, carrying smugglers among the mangoes 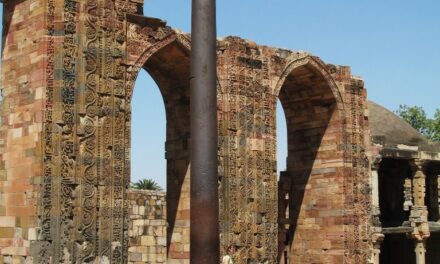