Bhopal, Navdunia Representative, Bhopal Railway News:. The plan to construct a baby food room at Sant Hirdaram Nagar railway station is stuck due to Corona crisis. For its construction, MLA Rameshwar Sharma offered to give funds from the MLA fund.

It is worth mentioning that Rameshwar Sharma as the occasional Speaker of the Legislative Assembly was also going to do Bhoomipujan a few months ago, but it was not allowed by the Railways at that time. Due to this, the program was postponed at the last moment. It is said that MP Pragyasinh Thakur did not want any work done at the station without his consent. However, the railway administration did not give permission for the reason for the program to be canceled. Now, due to Corona crisis, this work seems to have fallen into sourness.

Had announced to install chairs

Bhopal Arts and culture news: Online picture exhibition organized on the occasion of the birth anniversary of Wakankar

Rameshwar Sharma, being a local MLA, had announced the setting up of chairs for the passengers to sit at the station a long time ago. After shed sheds and bogie guidance at the station, a need was felt for a separate baby food room for women here. Due to differences between the two big leaders, the railway administration is now saying that the baby food room is not needed at the moment. It is noteworthy that for the beautification of Sant Hirdaram Nagar station, the disciples of Sant Hirdaramji have also done a lot of work. If steel chairs and baby food rooms are made to sit at the station, then passengers can have the facility. 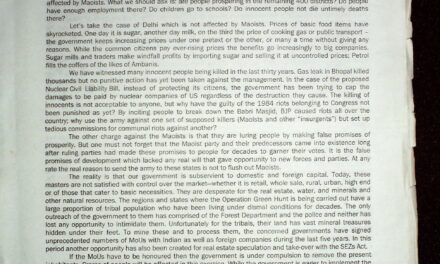