Barwani (AboutGyan representative). State Health Minister Dr. Prabhuram Chaudhary on Monday got information by discussing video callings with Kovid ICU and Kovid Hospital patients. Wished to get well soon. During this time, the patients told them that the facilities being provided here are no less than a private hospital. During this, Majid Khan, admitted in ICU, said that he is a resident of Julavania. He was admitted to Barwani’s official Kovid ICU on 23 May due to 100 percent infection. Now they are feeling completely healthy, got better facilities here.

Similarly, Suman Solanki, admitted in Kovid ward, said that she works as agricultural laborer and hails from Kasrawad in Khargone district. She was admitted to Barwani 15 days ago due to being Kovid positive, now fully healthy. There may be a holiday in a day or two. Suman Solanki told the Health Minister that his experience during the hospitalization was very good. The facilities available in the ward are always round-the-clock.

Allocated one crore rupees to the district

Barwani Barwani district in the entire Madhya Pradesh continues to be the first in the center to recruit the maximum number of children (Overall Bed Occupancy) at its Nutrition Rehabilitation Centers to make the most severely malnourished children malnourished. Under the innovation of Collector Shivraj Singh Verma, children admitted to Nutrition Rehabilitation Centers are presented with a toy of their choice while returning home through a toy bank. With this, the child should remain active by reaching home and continuing his physical activities through this toy. Bank Note Press Dewas has now allocated one crore rupees to the district, giving its support to this effort of the Collector. NITI Aayog has authorized Bank Note Press Dewas for financial support to the aspiring district Barwani by the Government of India.

The statement of Madhya Pradesh minister on deaths from Corona, whose age he has to die, later clarified

Barwani Many times we have heard drug users saying that I want to leave it, but my friend does not let it go with the support of the circle. Its easy availability in the market also does not allow us to become drug-free. The lockdown during the Corona tragedy is an opportunity to get rid of addictions like tobacco with such thoughts and motives. When all other business establishments other than everyday items are banned. Chief speaker psychiatrist Dr. Rahul Patidar said these things in a webinar organized on World Tobacco Prohibition Day under the auspices of Ashagram Trust and Sam Vikas Seva Sansthan. In the Google Meet organized under the guidance of Social Justice Disabled Welfare Department, he cited tobacco and smoking as the main reason for making the corona more deadly. Because the person who smokes tobacco and puts his hand on the mouth and nose repeatedly, along with spitting in public places, it also becomes a means of spreading the infection.

Admission in Diploma Engineering from ITI

Barwani Online counseling of lateral diploma courses to be conducted by Directorate of Technical Education, Madhya Pradesh for admission to ITI candidates for the academic session 2021-22 in the third semester of the second year of the diploma course is expected in the first week of June -2021. Necessary guidelines in this regard will be displayed on the DTE Counseling Portal in due course. More information regarding online counseling can be contacted by the counseling officer of the institution, DK Sharma and senior lecturer Sanjay Parmar in office hours.

Congress reached the police station to demand a case against CM 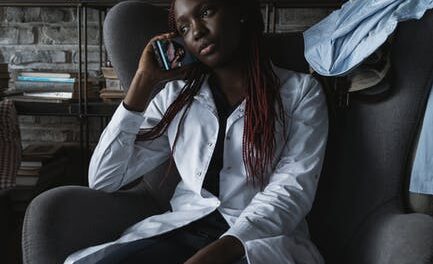