Jabalpur, AboutGyan Representative. To avenge the punches, three real brothers shot an ax in the face of a young man. With the intention of killing his face, he drove a straight ax, which severed part of the face from nose to forehead. Both brothers were beaten with sticks with an ax attack. The incident took place at around 4 pm on Thursday evening in Sakra village of Patan. The brothers, who carried out the incident, heavily harassed the police throughout the night, but they were caught within 12 hours.

In relation to the incident Patan police station in-charge Asif Iqbal told that Rakesh alias Rakku Yadav, resident in Sakra village, Manu alias Manu Bhumia, 42, Madan Bhumia, 39, and Budhi Bhumia, 30, reside in the village to redeem their interest on Friday. Rakku was attacked in the evening. Madan Bhumia shot an ax at him and his other two brothers broke with sticks. The trio kept beating him until he fainted. When the villagers protested, they fled, threatening to kill them all. Sections 294, 324, 307, 506, 34 are registered and the crime is being investigated.

Jabalpur Accident News: A speeding car hit the husband and wife crossing the road on Sihora Highway Road, died on the spot

The dispute took place four days ago: The station in-charge said that Rakesh punched Madan four days ago due to some dispute. On Thursday evening, Rakesh went to herd cattle in the farm. Some distance away from him, his cousin’s brother also went to her cattle. Then Madan reached there with an ax and Manu and Madan lathi. Today it has to be dealt with and broken down on it. The accused, who was arrested, told that he was not able to tolerate the insult caused by the punch punches. After which, after informing the two brothers about the assault, they planned to kill him. The police have seized a linen ax and two sticks from the blood used in the crime.

Jabalpur News: Choker and Kundan Jewelery became the first choice of women in the wedding season

Such laid nets: Station in-charge Iqbal told that the accused brothers escaped from the scene after carrying out the incident. During interrogation from the family, it was found that the accused have no extra clothes or money. Superintendent of Police Siddharth Bahuguna, Additional Superintendent of Police Shivesh Singh Baghel, instructed them to work in a planned manner to nab them. After which there was a possibility that the accused could reach home for arranging clothes and money or their relatives could help in this work. Police surveillance in the village was increased. After this, the police was kept under watch in the village till two o’clock in the planned way. He himself continued patrolling the village with force. Police force returned from the village at two o’clock in the night. This information was given to the accused that the police had gone. At around four in the morning, the accused reached the village to arrange the money. Meanwhile, after arranging for taxi vehicles, the police entered the village and arrested the three. Due to the absence of a government vehicle, the three could not get information about the bribe in the police village and they were caught. 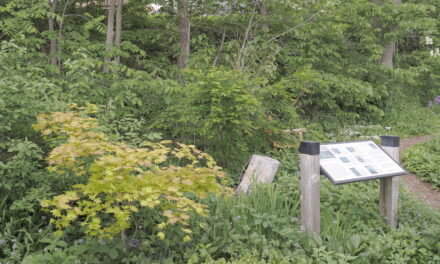 New bus stand and depot will be built