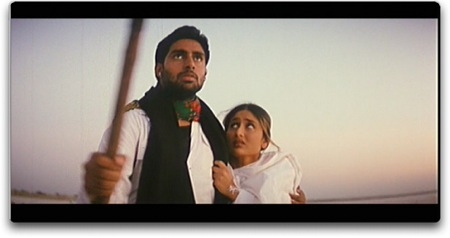 Jabalpur, New Dunia Representative. The matter of controversial book related to the pregnancy of film actress Kareena Kapoor Khan has reached the High Court. A single bench of Justice DK Paliwal on Wednesday directed the state government to be made a party after preliminary hearing on the matter. With this, the next hearing of the case 16 was fixed on September.

Advocate Christopher Anthony filed the petition stating that a book titled Kareena Khan Pregnancy Bible has been published. Since the title of this book has been added to the holy book of Christians, the Bible. Therefore, the sentiments of Christians have been hurt. The petitioner had filed a complaint in this regard to the Omati police station and the Superintendent of Police and demanded registration of a criminal case against Kareena and the publishers. When no action was taken, a petition was filed in the High Court. Advocate Anurag Sahu appeared for the petitioner. He argued that there is a criminal case against Kareena Khan, Aditi Shah Bhimjiani, Amazon Online Shopping Bangalore, Juggernaut Books New Delhi under Section 295 A of the IPC. should be recorded. In this regard, action was not taken after the complaint was submitted to the police. Now justice is expected from the High Court.

Jabalpur. Crime Branch and Adhartal police raided the Transport Nagar and seized a scrap worth about five lakh rupees from a truck along with the chassis of the dumper on suspicion of theft. A case has been registered against the truck driver along with three others. In the preliminary inquiry and investigation, it is being revealed that the parts of stolen vehicles in Seoni are being consumed by the junkies in the form of scrap in Jabalpur. To investigate this whole matter, the police team will soon interrogate the junkies of Jabalpur and Seoni.

Adhartal TI Shailesh Mishra told that the team of Adhartal police station along with the team of crime branch. Truck No. MP 20 HB

by raiding Karonda Nala Transport Nagar , in which the chopped chassis of the dumper, engine and scrap of dumper and crusher were found. No documents were found in relation to the scrap with the driver Pradeep Kumar Tripathi. During interrogation, Pradeep told that Akhtar Bhaijaan had asked him to load the iron scrap of the car from CSC Traders Kahani district Seoni with the help of his friend Abdul Lukman Khan and vacate it in the junkyard of Bassu Bhaijaan in Transport Nagar, Jabalpur. Seizing the goods on suspicion of theft, a case has been registered against the accused Pradeep Kumar Tripathi, Akhtar Bhaijaan, Abdul Luqman, Bassu alias Wasim Mansoori.

Special on the 75th Foundation Day of AboutGyan: One who never bowed before the untruth

Pt. Nehru was the vision of modern India

Sahara of destitute … Opening of food for the needy