Dabra: Bullets and lathi four injured on two sides due to old enmity

There was a quarrel between the two parties over the old enmity. Pills in it lasted. Three people were fired in the quarrel. One has been beaten up with sticks. The three people who were serious due to the bullet were brought to Bhitwar hospital, where primary treatment was given and referred to Gwalior. The incident took place at around seven o’clock on Thursday evening in Silah village of Belagada police station area.

It has been told that there was a mutual dispute between the children of these families near the river in the morning that the dispute reached the elders in the evening. Where the bullets started firing in a mutual quarrel at around seven o’clock in the evening. Some people started fighting with sticks. In this quarrel, 46-year-old Naval Singh’s son Shrilal Parihar is shot in the thigh. 55-year-old Hukum Singh’s son Srilal Parihar is shot in the elbow. 28-year-old Bunty’s son Hukum Singh Parihar was injured by a gunshot wound to the ear. 20-year-old Jitendra Singh Parihar has been beaten to death with sticks. As soon as the information was received, the Belgada police reached the spot and the injured were brought to Bhitwar hospital. From where he was referred to Gwalior after giving primary treatment.

The victims told the police that Lalli Parihar, Malkhan Singh Parihar and Sonu had taken Adhia and Katta. They fired. Here Neeraj Anil and Rajesh used sticks. Due to which he was injured. Police has started investigating on the report of the complainant. By the time the news was written, people had reached the police station to get the FIR done by the victims. 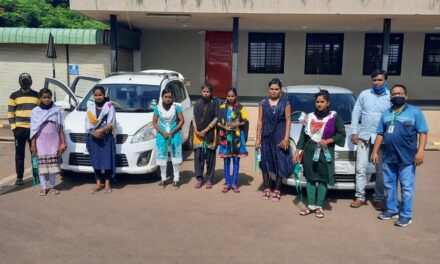 Dindori News : The Chief Minister suspended the District Food Supply Officer from the stage itself