Swati (name changed), who lives in Khajrana, had complained that her husband’s work in the lockdown had stopped. After this, he has also got used to drinking alcohol. The raw liquor is brought from somewhere in the lockdown. They also fight by drinking alcohol. When the case worker talked to her husband, at first he did not believe that he drinks alcohol. Later, strictly questioned, the husband admitted his mistake. On explaining to husband and wife, both of them explained. Now both are living together.

Job occupation Rekha Sharma (changed name) runs a vegetable trade with her husband. Work slowed down in the lockdown. He told that the mother-in-law, father-in-law and Nananda dispute with him. Husband is also disturbed. Ask me to evacuate from home. Where should I go with the children? When all the people were counseling, everyone agreed that now all the people are living happily together.

Indore Unlock News: If you want to unlock Indore from June 1, then the infection rate will have to be reduced so much

A woman from Depalpur told that her husband is at home due to the lockdown, they have a shop, which has been closed. After the daily dispute, the husband beat me up in front of the young children. I have filed a police complaint against him. When the case worker talked to both of them, both of them realized their mistake. The husband said that he does not like sitting at home. He is mentally disturbed. Now an agreement has been reached between the two.

Indore News: Maria of Class 12 is selling 100 packets of food daily to hospitals by selling paintings.

These three cases are just examples. Such calls are constantly coming to the One Stop Center these days, due to which there are constant disputes between husband and wife due to the lockdown. One stop center administrator Vanchana Singh Parihar said that such complaints are continuously coming. So far in this lockdown, we have reached agreement on more than 45 cases. In every case, the problem is that the husband is in the homes due to the lockdown. They are getting upset by living in different routines while staying in the house, and abusing or abusing women in the house.

Malwa Nimar Weather Update: Rain with thunderstorm, young man blew up in Dewas with a sheet of tin, death

The wife opposes this by constantly living in such an environment, after which there are disputes. We solve it. Many cases also came up in which the husband refused to bring the ration of the house or other essential things, due to the problem of money, but he brought alcohol for himself. He told that we try to convince both the parties over phone or video call. When necessary, we send our case workers to their home. When it is necessary, they and their relatives call and consult our office.

Parihar told that complaints are also coming from the job couple, in which both are doing work from home due to the lockdown. An incoming Bai, who works at home from the lockdown, has stopped coming. Now the wife has to work with her office, taking care of the children and doing all the household work, in which the husband is not cooperating at all, which is causing controversy. We have got such cases compromised as well.

Gwalior Crime News: The businessman was doing blackmail to rape the girl 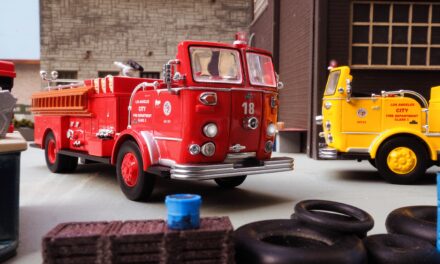 Jabalpur News: It is important to maintain balance between culture and nature