Remdesivir Black Marketing in Indore: Indore. NewDuniya Representative. The gang of officer-minister’s driver has emerged after the nurses, doctors and hospital workers in the Remadecivir injection Kalabajari case. Puneet Aggarwal, driver of District Health Officer, Dr. Purnima Gadaria, has confessed the name of Govind Rajput, the driver of Minister Tulsiram Silavat. Puneet claims that Govind, who is associated with private travels, drives a minister’s wife’s car and sells injections worth Rs 14,000 per injection. Puneet was arrested on Monday night by the Vijayanagar police station on charges of trafficking for the purchase of Remedesivir injection.

According to Vijayanagar police station TI Tehzeeb Qazi, it was reported that Punit son Om Prakash Aggarwal, a resident of Old Agarwalnagar, said that Punit currently resides in PC Sethinagar and is forging illegal purchase of Remedesivir injection. On Monday night, policemen arrested the buyer Baneet with two injections. In the interrogation, he accepted to buy the injection from Govind.

Took remand till Thursday by presenting the accused court on Tuesday afternoon. Govind will also be questioned. According to TI, Govind Impets is the driver of the travel agency. In our inquiry Punit told that Govind had bought injections for himself and gave him the price. Punit was in the mood to sell for 14 thousand rupees.

Indore Market News: Stocks of pulses and pulses to be announced, weekly monitoring of prices of 21 items also

I am associated with Impetes Travel Agency and have been driving a car for Dr. Purnima Gadaria for almost six months. Govind is also the driver of Impet’s travel agency and the minister drives the car of Tulsiram Silavat’s wife. Dal (Monday) was going to give an injection to Lalit Sharma (policeman). I was injected by Govind Rajput for 14 thousand rupees. Before this, injected directly into the hospital through Govind. Documents were taken on WhatsApp and sent injections directly to the hospital. In lockdown, I have even got many people get beds. Govind gave me injections for 14 thousand rupees only. I took too much of it. Govind Rajput minister Tulsiram drives a Silawat vehicle and has injected many people from the minister’s place. Contacted Silavat in this regard but PA Ajay told that he is busy in meeting with the Collector.

DAVV Indore News: One and a half thousand degrees – migration stuck in two months, will be released after June 10

(As Poonit Aggarwal told the media during the court appearance)

Call details of the accused Puneet Aggarwal’s mobile are being extracted. His contacts will be investigated. 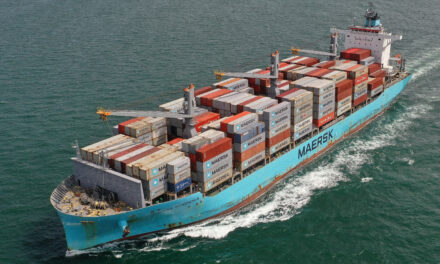 Madhya Pradesh News: Aid will be deposited in the accounts of farmers as soon as the survey is done

Jabalpur News: Birthday and anniversary celebration going on at home and online