Relief to farmers due to opening of mandis, arrival of 925 bags in Kareli

Narsinghpur (Representative of New Zealand). There is relief among the farmers due to the commencement of the work of procurement of food grains in the grain markets of the district. Due to the closure of the mandis due to infection, the farmers who were being forced to sell the grains secretly to the traders at throwaway prices have also started bringing grains to the mandis so that they can get the right price for the produce. On Wednesday, about 925 bags of food grains arrived in Kareli Mandi. At the same time, in Jawahar Mandi of Gadarwara, the farmers’ produce was sold through token system.

Deals have started in the main Kareli Mandi of the district after April 9 from Unlock. Due to which the farmers associated with the market have got a big relief and farmers are coming from different places with food grains. On the basis of the quality of the produce in the market, the farmers are more interested in this market due to getting the price, while the traders also hope that the quality they want can be found in the mandi itself. Therefore, the arrival of produce in the mandi has always been more here than in other mandis of the district. A counter has been set up at the main gate of the mandi for the farmers and traders coming to the mandi to record other information including hand washing. Traders and farmers associated with the market say that this system should also be decided here that the administration should vaccinate all the mandi employees and other employees working on priority. Along with this, only those farmers-traders should get entry in the market who have got the vaccine done. Due to which there is no possibility of spreading the infection during the work in the market.

Food grains kept in different sheds: The work of procurement was started in Jawahar Krishi Upaj Mandi of Gadarwara from Wednesday. According to the guide line of Kovid 19 by the Mandi administration, the produce of the farmers was kept on different sheds, after which Ghosh started selling. On the basis of token, the produce of the farmers was kept on the shed and only two people were seen riding on the tractor transporting the grain. Token distribution was done by the employees of Mandi at Mandi Gate. Different days of gram, wheat, lentils, soybean, rahar and other commodities have been fixed for sale. The information of which has been given to the farmers by the Mandi administration, entry has been prohibited in the Mandi premises without a mask.

Effect of Storm Yaas: Wheat will not be purchased for 2 days in 15 districts of three divisions including Narsinghpur from this evening

This is the price in Kareli Mandi 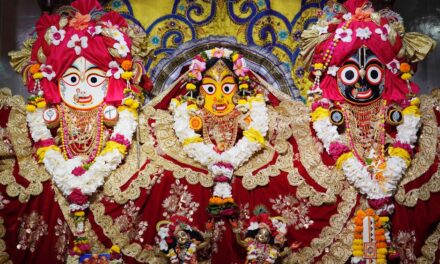 Gwalior News: Pockets will be more loose in buying fruits to get Vitamin C